PSA: Can Man Dan ensures no child goes without a hot meal & a gift to open up on Christmas Day 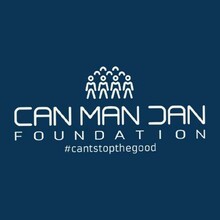 Edmonton, AB – Dan Johnstone’s (AKA Can Man Dan) final winter campout of the 2019 holiday season wrapped up today as he made good on his promise that, “no child will go without a hot meal on their plate and a gift to open up on Christmas Day."

On November 21st, Johnstone announced that he would be completing four “freezing cold winter campouts” around Edmonton in hopes of raising as much food and new toy donations as possible for Edmonton’s Food Bank and Santa’s Anonymous, respectively.

"I am absolutely thrilled by what Edmonton accomplished during the course of this campaign. I put my body on the line, completing four winter campouts around the city, and Edmonton more than delivered," said an excited Johnstone.

"This is not only a victory for the city, but it's a victory for me personally. As someone who grew up in a family that utilized the services of both organizations, seeing these numbers is really special for me. Thank you, Edmonton, for helping me keep the cycle going! Merry Christmas!"